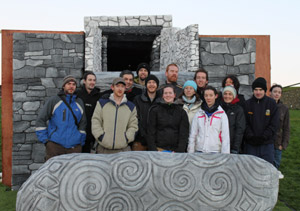 Niall Martin from the RTE TV programme Nationwide conceived a project to re-create the Newgrange lightbox, passage and chamber at the Winter Solstice. The Lightbox is an opening above the entrance to Newgrange, Archaeologists refer to it as a roofbox. The Lightbox and passage are aligned to direct the light from the rising sun around the Winter Solstice down the passage, lighting up the main chamber.

The project began in July 2009 with the objectives: On 24th July the team was brought together at Newgrange to make some rudimentary measurements and learn a bit more about the task. One intent of the project was to have the Students do as much as possible by themselves and the other members of the team act as support. This was to be both a learning exercise as well as an opportunity to expand the students talents.

It was decided to build the structure in wood using foam/polystyrene from Kingspan to replicate the stones. The Newgrange replica would be constructed at RTE in Donnybrook and transported to Newgrange coming up to the Winter Solstice.

In consolation with Clare Tuffy the manager at Brú na Bóinne, it was agreed to build the Newgrange replica on December 16th on the actual Newgrange site and leave it there until the morning of December 18th. So there were 2 chances to film the lightbox in action on the mornings of the 17th and 18th of December.

By 8pm on the 16th of December in total darkness under a starry sky, the Newgrange replica was complete. Before dawn on the 17th the Team and Film Crew were on site. By 8.30am some preliminary filming had taken place, now the main event was approaching. The sky was perfectly clear all around the horizon, except in the area where the Sun was to rise. Unfortunately the clouds blocked the sunrise, just when it looked like a lost cause there was a small break in the clouds and a chink of light reached the back wall of the replica. The morning of December 18th December was another disappointment with an even more dense bank of cloud on the horizon at dawn. 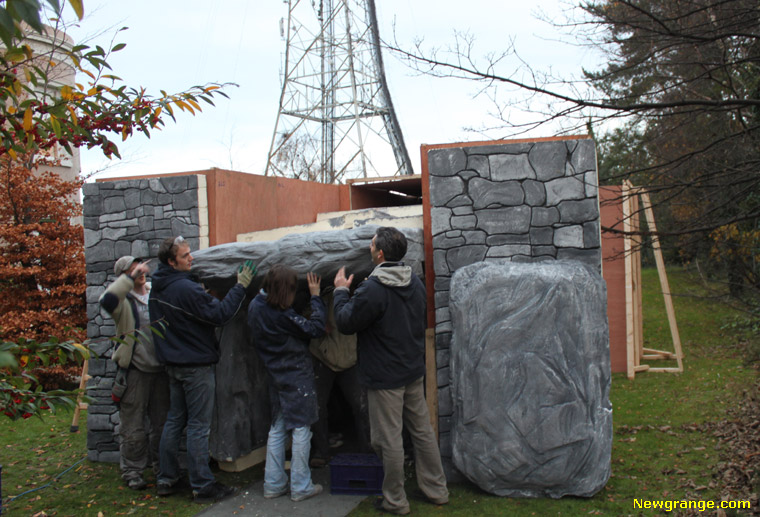 A practice run at RTE Donnybrook. 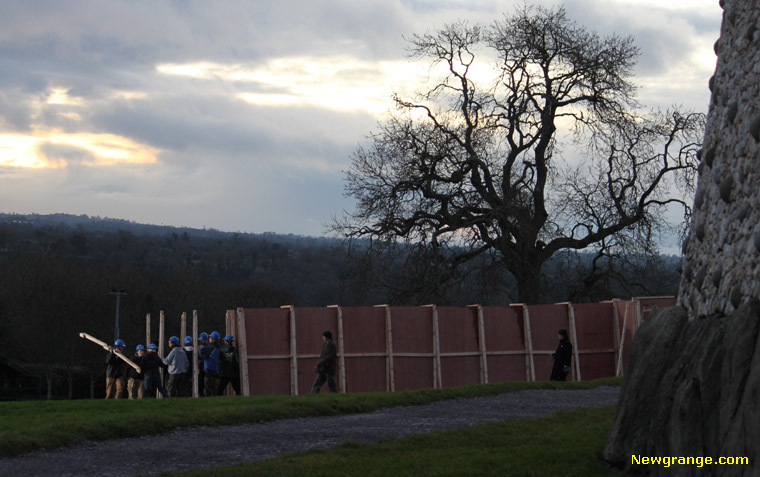 Construction at Newgrange in fading light. 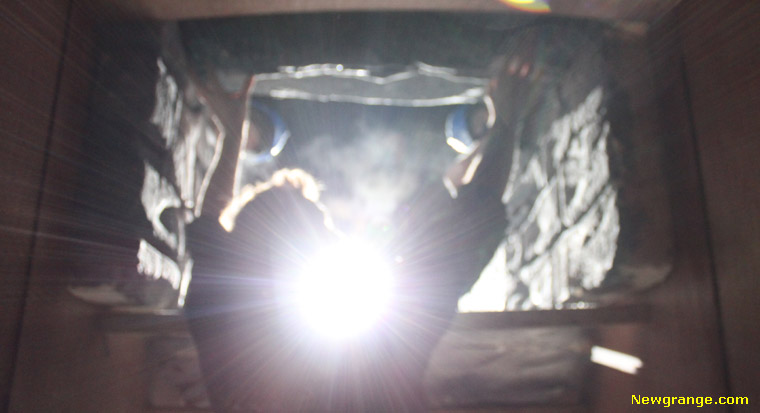 Disappointment at dawn on December 17th as a bank of cloud blocks the sunrise. 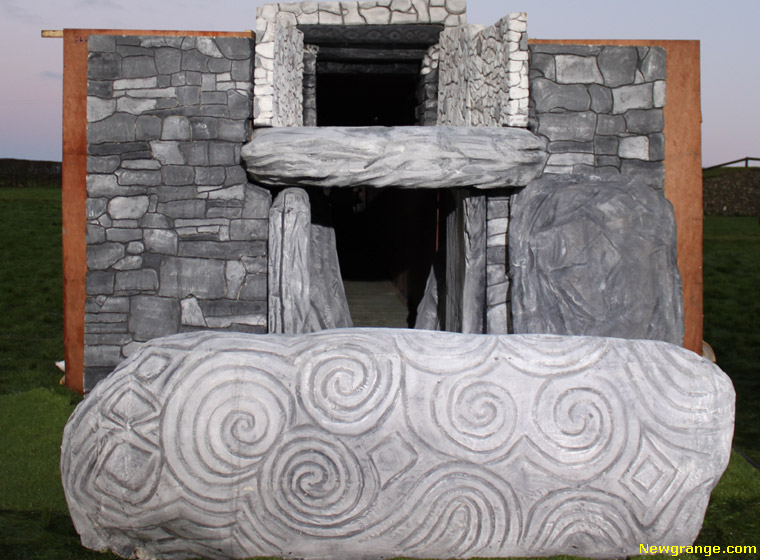 Waiting for the sunrise.

A break in the clouds and a chink of light enters the lightbox.

The Lightbox Project at Newgrange. 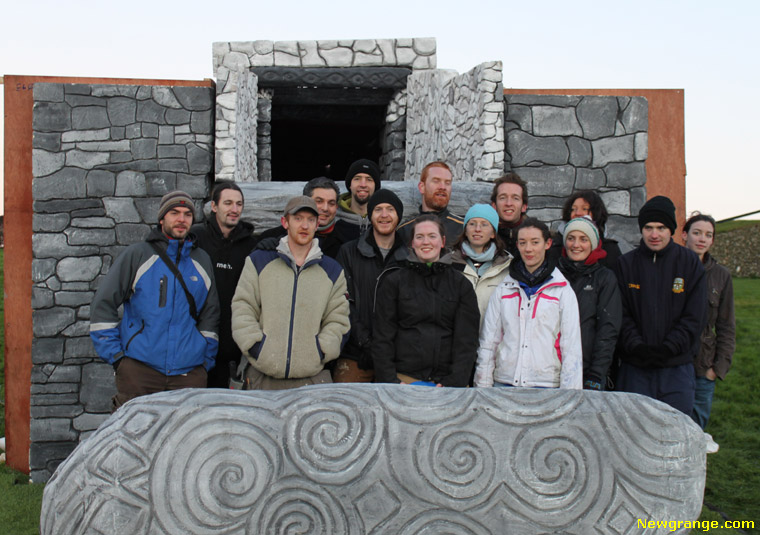