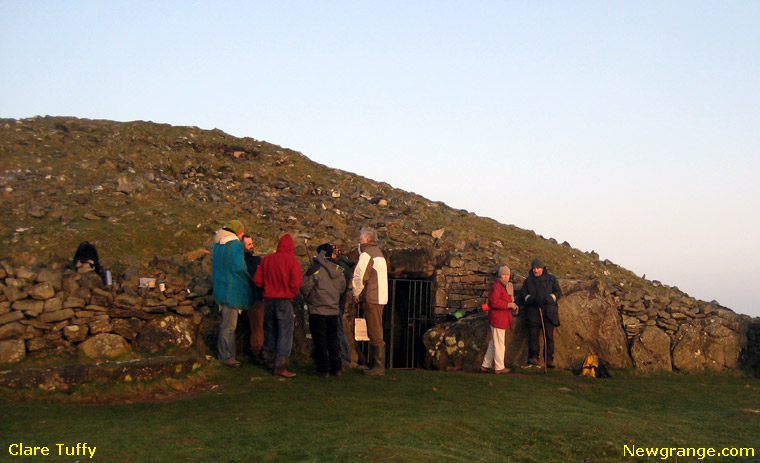 The Office of Public Works staff opened Cairn T, Loughcrew on three mornings for the Spring Equinox sunrise illumination of the chamber and backstone, the 20th March, the actual equinox morning and on the following two mornings, the 21st and 22nd March. The mornings were foggy leading up the the equinox, so a relatively small group gathered around 6:30am at Cairn T on Friday 20th March. Their optimism was rewarded and the equinox sunrise broke through the fog to illuminate the chamber and backstone.

About 150 people made the pilgrimage on Saturday 21st March and about 100 on Sunday 22nd March, but the fog kept the sun hidden on both mornings. 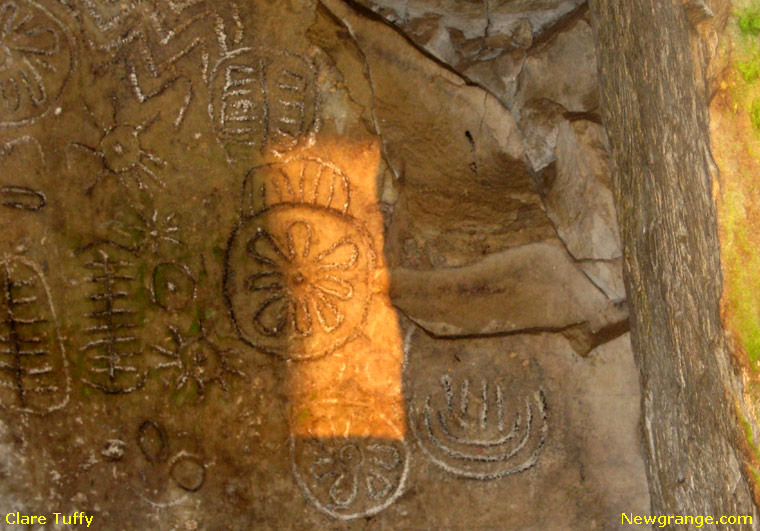 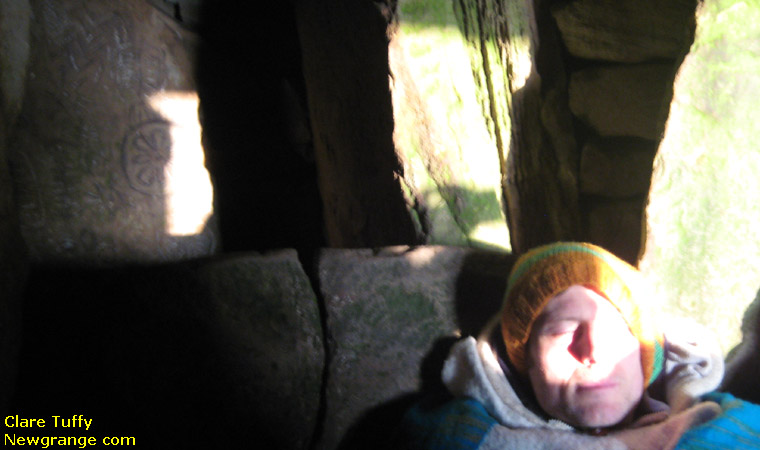 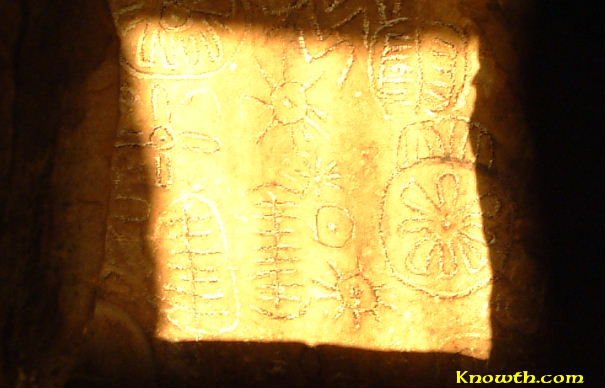