The actual Spring Equinox fell on Saturday the 20th of March this year, unfortunately the sun only broke through the clouds at 7:30am on March 20th, just too late to illuminate the backstone inside Loughcrew Cairn T. Alan Betson from The Irish Times was at Loughcrew Cairn T on the previous morning taking photographs for the Saturday edition of the paper. We are very thankful to Alan for these wonderful images of the sun illuminating the backstone inside the chamber of the 5000 year old Cairn T. 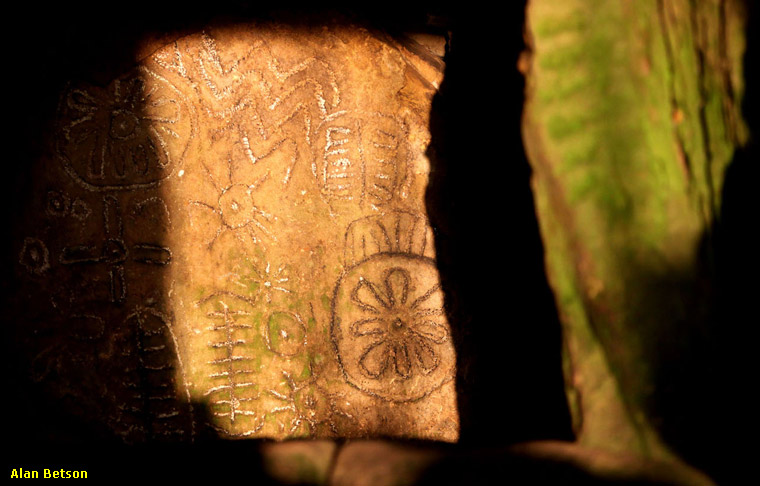 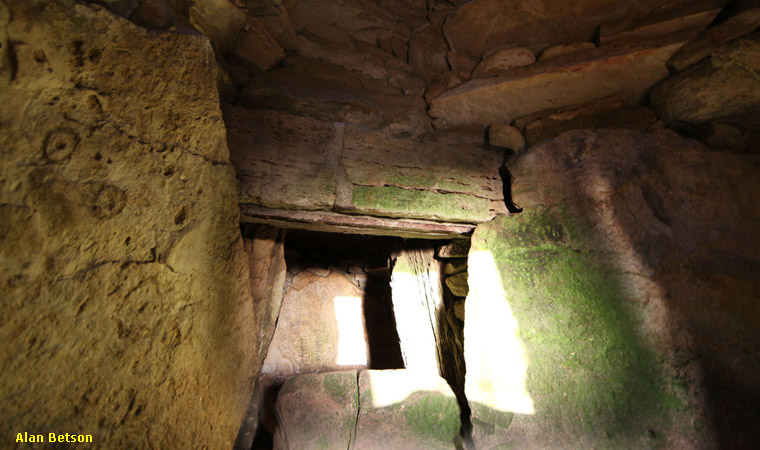 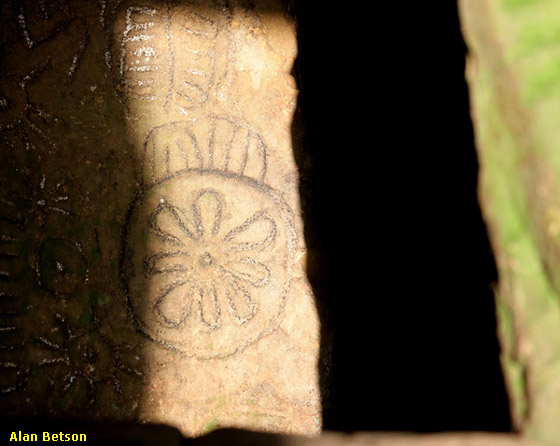 Days to get longer as spring officially begins

An article by Pamela Newenham of The Irish Times - Saturday March 20th 2010.

Spring officially begins today, the day of the vernal equinox, when the rising sun penetrates the passage of cairn T at Loughcrew, illuminating the backstone. The vernal equinox, like its autumnal counterpart, is not fixed on any certain date, although almost by definition it comes around at yearly intervals. This year, it will occur at 5.32pm today.

Aligned with the equinoxes is cairn T, the interior of which is illuminated by a shaft of sunlight, exposing elaborate engravings on the stone inside at dawn on the equinox days. As the days become longer and we bid farewell to winter, cairn T at Loughcrew, also known as Sliabh na Callighe meaning the hill of the witch, located at the northernmost point of Co Meath near the village of Oldcastle, will welcome the sunrise of the spring equinox.

From today until Monday, members of the public willing to battle early morning starts will be able to to see the sun light up the ancient tomb between 6.15am and 7.30am. Clare Tuffy, manager of the Brú na Bóinne visitor centre, said: “It’s great because it’s such a high hill, there’s a sense of pilgrimage climbing it, knowing that people were also climbing here 5,000 years ago”. Just as the December solstice at Newgrange heralds the beginning of the slow death of winter, the March equinox brings with it the promise of the coming summer, Ms Tuffy said.

Loughcrew is one of four Neolithic complexes in Ireland, all dating from the late Stone Age. The extensive hilltop cemetery spans three relatively flat summits and consists of the remains of about 30 passage graves constructed from 3,000BC to 2,000BC and used well into the Iron Age.