The Ancient Monuments of Newgrange, Knowth and Dowth 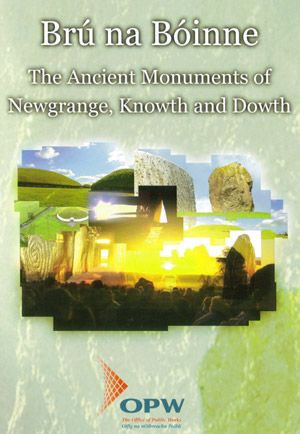 This DVD takes you on a journey to Ireland's ancient past, to the World Heritage Site of Brú na Bóinne, County Meath. This is where the River Boyne meanders into a dramatic bend and the landscape is dominated by the spectacular 5000 year old passage tombs of Newgrange, Knowth and Dowth.

Since the early 1960s, archaeologists have worked to reveal the mysteries of these Stone Age monuments. They have found new tombs, rediscovered art and sacred objects long hidden from view and been amazed at the technical expertise of Stone Age farmers working with simple tools.

The most astonishing of the 5000-year-old secrets was revealed in 1967. In that year, Professor Michael J. O'Kelly became the first person in modern times to see the Winter Solstice sunrise at Newgrange. Since then the phenomenon has been celebrated as the world's oldest known astronomical alignment. On December 21st 2007, the Office of Public Works recorded one of the most spectacular of the Winter Solstice sunrises ever witnessed. This DVD includes images from that day as well as insights into the world of the Megalith Builders.

Enquires by email to :