It should be noted that Laura E. Freeman Marr has confused two different people, incorrectly claiming that Dr. Robert Hensey was responsible for the article in the Irish Times on Dec 21, 2016 which suggested that the Newgrange roof-box was only 50 years old. Hensey did not make that claim, and indeed has strongly refuted that suggestion. He has however argued elsewhere that the outer part of the passage at Newgrange, including the roof-box, represented an extension to the monument probably created in the late Neolithic (which may be the source of Freeman Marr's confusion).

The thesis by Laura E. Freeman Marr explores the unique archaeological feature of Newgrange known as the roof-box, which was rediscovered after the excavations carried out at the site in the 1960s by Michael J. O'Kelly.

This rediscovery led to the realization that the roof-box is in fact an open structure that is aligned with the winter solstice sun, and that the solstice sun annually penetrates the passageway illuminating the chamber of the tomb. Since this discovery, Newgrange has grown into a major tourist site that is focused on the solstice phenomenon. 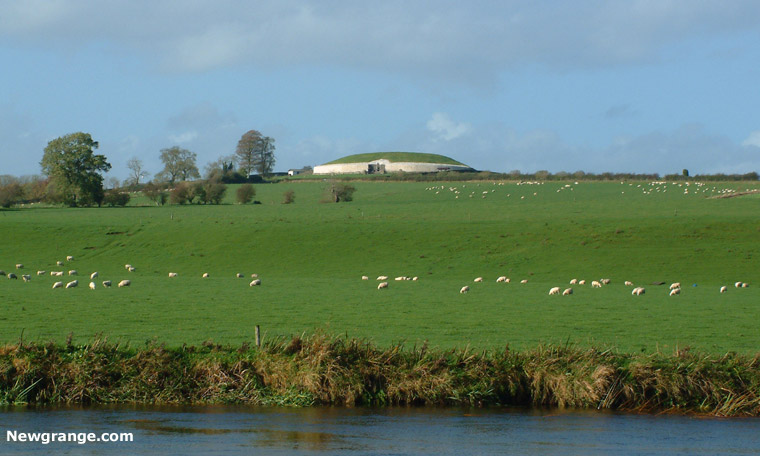 Newgrange viewed from the banks of the River Boyne