Saint Patrick and the Spring Equinox 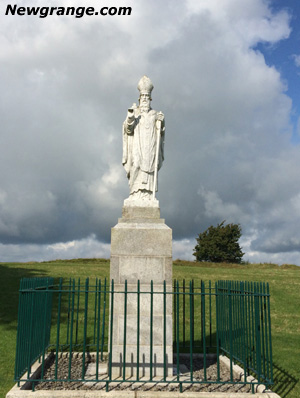 Saint Patrick's day is celebrated in Ireland and around the world on March 17th, the reputed date of his death in 461AD. It wasn't until the 1600's that Saint Patrick's feast day was placed on the universal liturgical calendar in the Catholic Church, so the date had been passed down from generation to generation for over a 1000 years.

The early Christian church in Ireland incorporated pre-christian spirituality and festivals into the 'new religion', it is conceivable that the Spring Equinox festival became christianised and rebranded as Saint Patrick's day.

Early Irish Celtic Christianity with its unique mix of Christian and pre-christian beliefs and practices continued in Ireland until the Celtic monasteries were suppressed in the 12th century. By the time the date for Saint Patrick's day was placed on the universal liturgical calendar in the 1600's the connection with the Spring Equinox would have been lost.

Another example of the christianisation of an older festival is Saint Brigid's day at the beginning of February. In pre-christian Celtic times Imbolc was a time to celebrate the Celtic Goddess Brigid, the Goddess of inspiration, healing, and smithcraft. After the arrival of Christianity in Ireland, in the 5th century AD, Saint Brigid founded a monastery in Kildare. The goddess Brigid festival was christianised to become Saint Brigid's Day.  More ...

At the 5000 year old Loughcrew megalithic cairn T in Ireland, the rising sun on the mornings around the equinoxes (March and September) illuminate the passage and chamber. The backstone of the chamber with its engraved sun symbols is bathed in a blaze of golden light during the 50 minute illumination. More ... 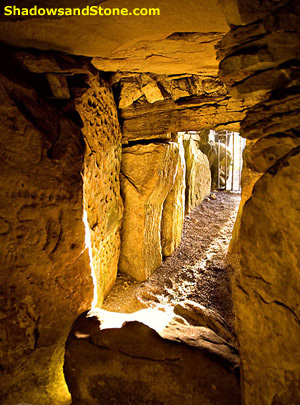